In the wake of Coachella 2012, it’s fun to look back on a fan favorite performer who, back in 2008, was hardly on anyone’s radar. 4 years ago we had the honor of talking to him candidly, before hit “Somebody That I Used To Know” was in everyone’s ipods. Before SNL, JKL, Coachella and KCRW. Before being number 1 on Billboard or iTunes. Yes, we’re talking about our friend, Wally De Backer, i.e. GOTYE. Below is an interview we did with him in the aftermath of his first album, Like Drawing Blood. It was part of our “i am with the fans” series for Jambase. Enjoy dipping into history….

US: Where do you get your music? Friends? Magazines? Online sites like Pitchfork, Paste?

WALLY: I still buy cds with regularity, and vinyl if I can find it/afford it. I buy in shops or online and less frequently I buy mp3s either from iTunes or from independent digital stores. Friends play a big part in introducing me to new music, and this means I often receive copied music. If I’m checking out something for interest’s sake, I won’t baulk at downloading a free mp3 or dozen, illegally or not, because it’s for taste-testing purposes. If I find something I like amongst the new stuff I’m given or that I’ve downloaded, I make every effort to purchase it via the avenue that most directly supports the artist. Otherwise I discover a lot of old music by getting cheap second-hand vinyl in op-shops or used record stores. I don’t use peer-to-peer networks because I don’t want to open up my hard drive to other users, and I prefer to try and pay for the music I love anyway. In 99.9% of cases, I can find even the most obscure music on cd, vinyl or digital. Whether it’s reissue, second-hand or not I still like to take this option rather than just holding on to copied files or p2p downloads.

US: What do you consider the festival of all festivals? One that you’d love to perform. And why would that be important for you to play there or is it important or just fun?

WALLY: Probably All Tomorrow’s Parties. The line-ups have been so varied and unique. I’d have my buddy Tim Shiel curate the lineup and then probably have to harass him for a spot on the bill

US: What is your relationship with your fans? I know you blog on the site (which is very entertaining). Any other means of communication?

WALLY: Um…I dunno. It’s good, I think. I chat to people directly over email, MySpace, after shows whenever I can. Over the phone too-some people who have been fans have become my friends. I haven’t met any freaks who scare me- that’s a bonus. I find it gets hard when (i) you make yourself available to people who are interested in your music and, by extension, you as a person, (ii) this group of people starts numbering more than your close friendship group and (iii) these fans want to maintain a regular catch-up/chat-style relationship with you. There just isn’t the time in the day/week/life! I found this difficult to accept at first (and tended to stretch myself,stay up late hours trying to answer heaps of fan correspondence after a day’s touring/recording/work) but you get to a point where you just have to politely exit from fan relationships that threaten to take up too much of your time. That said, again, I haven’t met any freaks who haven’t understood this and who have tried to harass me to be their “special friend”. I hope that doesn’t happen.

US: Any great fan stories?

WALLY: Just heaps of random and beautiful generosity. People wanting to share their interest in my music by offering gifts, cards, to share their creativity with me. It’s quite overwhelming at times, but in the nicest possible way. One fan painted a portrait of me, presented the canvas to me at a music festival, but didn’t leave any details so I could thank her afterwards. That was a particularly nice fan gesture- it’s a great portrait 🙂

US: What are your thoughts on record labels becoming less prominent and managers and artists working together to handle everything on their own? Is this likely? Happening already? What does Gotye’s future look like in terms of this?

WALLY: It’s certainly happening already. It’s exactly what I and my manager do to release my music in Australia. I have a company set up to do my record-releasing business, and between me and my manager we work out how to budget for the recording, release the album and promote it. A strong relationship with your distributor is an important adjunct to this setup, because you can’t get your records into stores by yourself. This setup has worked excellently, it’s given me complete control over my career in Australia, and it’s something I’m hoping to develop on future releases. 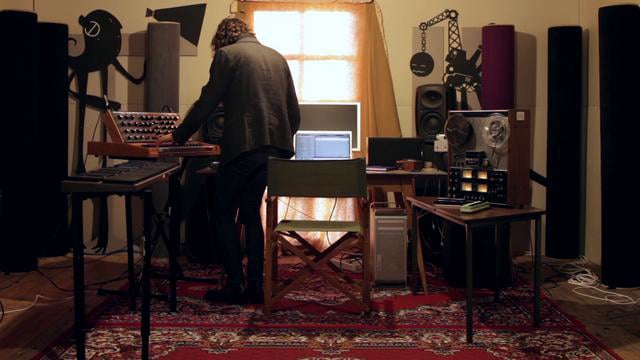 Who Are You Lutra Lutra ??