Marc B is a a singer/songwriter now living in los angeles – having most of his adult life on tour, playing shows all across the West Coast. For the better part of five years, Marc B has been roaming the globe playing music and inspiring people. The Orange County native combines a love of the nature, surfing and music to create songs with an environmental message. His passion for the ocean runs deep. So deep, in fact, that he’s used his music as a medium to expose some of our Earth’s most serious environmental and social issues.

Where did it all start?
Drinking or Music?

Music.
I was 10. We had a piano in the house since before I was born and I took piano lessons from the worst woman ever. Evil. I hated it. Across the hall was Rob, the mellow, weed-smoking hippie guitar teacher. Always with opportune timing, my Grandpa on my dad’s side passed away and left me his collection of small elephant carvings and his 1950s Fender Precision Bass, the guitar he was playing when he died rehearsing with his Dixieland Jazz band in a church at 82. Needless to say, it wasn’t long ‘till I crossed the hall and started jamming with Rob…

Tell us about some of the projects you’re working on right now.
Here’s a few:
-Just returned from a small tour of the South. Got to play in Nashville!
-Recording and releasing new music on vinyl.
-Starting the planning for a live album, to be released on vinyl sometime next year.
-Working on a licensing project with the freedom-loving guys from Pedal Driven, a film running the independent film festivals right now.
-Toying with the idea of writing an album based entirely from the poems of E.E. Cummings.
-As of late I’ve been reading a ton of historical biographies and listening to a lot of old folk records from the 1950s-70s…People like Arlo Guthrie, James Taylor, Joni Mitchell.. In that pocket of music right now…in hard. It’s inspiring me and I’m writing songs like crazy.

What’s the worst clothing trend you’ve been a part of?
Chain Wallets. I’m talkin’ like big chain. It was 7th grade.

What are you listening to right now?
“Peggy Day” from Dylan’s “Nashville Skyline” record, 1969. Side one just ended. I need to finish this sentence so I can go turn it over.

What group were you part of in high school?
Choir and Surf Team were my extracurriculars. I was a floater among the groups.

Who do you spend the most time with?
I am always with someone amazing! The people around me are incredible and inspire my thoughts constantly.

What does the word genius mean to you?
The Greeks used to believe someone “had” Genius, not that they “were” a Genius…that it was an outside force that came through them. Learned it in a Ted Talk. Swear. To me, a genius is someone who is eternally happy, no matter what circumstance is faced.

What inspires you?
I’m inspired by human relationships of every kind: friends, co-workers, lovers, family, parking-police.
Also inspired by the ocean. Nothing else purifies, detoxifies, nourishes and refreshes me in the same way.

What’s the dark side of pursuing a career in music?
Travel is the best and worst. Losing a sense of where home is. Not having a home is tough, but realizing you are one of the lucky few where everywhere is home…rejuvenating.

What was the turning point in your career, and when did things start taking off?
My turning point was last year. Before last year I felt my struggle was alone. Last year I met an amazing group of people from all over the world who chose a similar path. The collection of like-minded singers, athletes, and artists formed a net that I have bounced off a few times already. Oh, and when I got on Pandora Radio. Since I’ve been on Pandora, a lot of random awesome shit has flown my way. I am very fortunate.

What’s next for you?
Recording in Hollywood. Releasing 6 track album on digital and 12” vinyl. Reading many biographies, buying lots of old music, and relocating from Downtown LA to Hollywood.

If the world is ending in 2012, how will you change your life plan?
Wouldn’t. BEST LIFE OF MY LIFE. 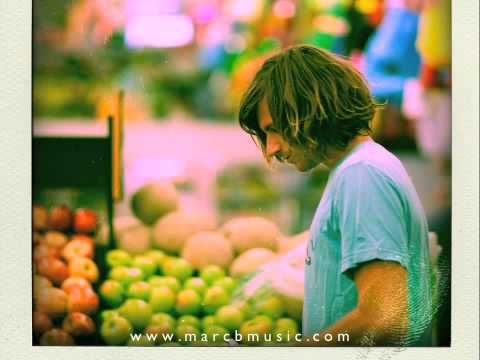