Just wondering when I can get my life sized autographed poster of you!!!!???!!!?

would loooove to shoot with you ..:-) i like your look

lindsay i miss you i dont know if you remember me i went to boys and girls club.

love how you’ve cut me out of your life.

You have some raw talent! Was just listening to some of your songs! Keep up the good work! ♥

I’m scrolling through Lindsay Perry’s far from private wall on Facebook wall and I’m not sure that if I kept scrolling all day, it would end. I wrote something on her wall about a month back, when she posted on her wall about having a creative block, and she responded immediately in a few sweet words. I remember feeling pretty cool, then I realized that she responds to almost every single person that writes to her, but it still felt like she actually read what I wrote, looked at it and responded authentically. Lindsay has 5,000 friends on Facebook and thousands more in real life. Spend an hour with her, and you’ll see why. Her smile is magnetic and conversations with strangers seem to spark like the flick of a lighter. Her demeanor, open and approachable, allows for rapid comfort in her presence and it’s easy to feel like you want to talk to her for a long time.

Lindsay’s blog Lindsea.com is filled with inspiring poems, short stories, art, videos, collages, and songs. She seems to tell so much about herself through her work, but as we sit down outside on the back patio of her friend’s house I realize that there is so much that I want to ask her and so much that the world still doesn’t know about her. I tell her that we want to talk about stuff that she hasn’t talked a lot about. Wanting to ease into the interview, I ask about her childhood and about any obstacles she overcame to get where she is at now. Her answer catches me off guard and I find myself immediately scratching out everything I wanted to ask her about on my pad of paper. Instead, I draw a circle on my pad of paper and write Lost and Found in the middle of it.

Lindsay was born in Panama City, Florida and was adopted at age 13. She moved out of her adopted parents house at 16 and was on her own for a while but was still able to complete high school. Two years later her biological mother and step-sister were killed in a car accident. One month after that her aunt passed away. “My outlet for dealing with all of that was art and music, something clicked for me, that’s what I wanted to do” Lindsay tells me. “I was playing open mic’s to make money to travel and was addicted to travel, art, music, and surfing.”

Lindsay then taught herself basic HTML and graphic design where she was able to soak in fashion and trends and apply those aesthetics to her own design and her life. She taught herself guitar. Laughing she tells me she can’t read notes or tabs, that she plays on sound and muscle memory. She never studied graphic design, however, as I look through her layouts and collages scattered throughout Lindsea, her awareness of spacing and typography tells me the opposite.  She has also recorded a few songs that can be found on her website, one of them she plays for us and her voice on the hook has a distant tint of Lana Del Rey and as she flows i’m reminded of a prettier voiced Micky Avalon in her cadence and pronunciations.

I ask Lindsay about inspiration and without a pause she mentions four sources – Bullet, Rush, Nylon, and Wad Magazine – and starts to list websites, a lot of them i’ve never heard of. Then she pauses for a second, I ask her if she wants to sit down as she’s been standing, “I just got these new shoes, and I like to stand in them” she says smiling. Then she looks down at her shoes and begins to talk about her mom. “The most inspiration I get is from my mother, she passed away at 40 years old. When she died we had started talking every day. Everything I do is for her, I know she has a lot of things that she didn’t get to do. I feel as though I have the strength and pride of two woman in one body, and that’s really my drive, my mother.”

We take a break from the interview and Lindsay takes her place in front of two massive strip lights in front of the photographers grey background. Dean steps in front of her and starts to shoot, literally 4 snaps in, he pauses and laughs, “I think we already have it.” He’s slightly joking but it’s quickly obvious how talented Lindsay is, she’s done this before and it’s intriguing to watch her come alive as she flips her endlessly deep long reddish-brown hair across the frame. The shoot proves to be fun and we joke about modeling and she tells us the benefits of being small, “you can fit into small spaces!” she says laughing.

The conversation comes back to her job, brand ambassador for the flourishing women’s brand Billabong, and what it means to be an ambassador. I can’t help but be curious as to how Lindsay is able to balance representing a brand, while staying true to who she is. “I am myself, I do the things I do and the promotion comes along with it, I wake up in the morning and throw on a Billabong t-shirt, because I want to.” Lindsay continues, “They are a family, and they appreciate who I am, so I don’t really need to separate myself.”

So realistically how much time is Lindsay spending online, and what is it like having 5,000 people see everything she is doing on her personal Facebook page, and are these friends real? Lindsay speaks of a time when she was becoming unhappy because of it, feeling lost, overwhelmed. She even would de-activate her Facebook for a month at a time, to gather herself and re-connect with what she loves (writing music, singing, painting, surfing) and then when she felt like she had found herself, would go back online. I thought back to my conversation with her on her FB wall, I hadn’t met her before, we weren’t really “friends” but felt I had a connection with her, like I would with a friend met at a coffee shop. In turn, isn’t this connection we are making online just as real? You could argue that it isn’t and that was why Lindsay was feeling overwhelmed and disconnected from herself. But then she is an ambassador to a brand, because of her widespread positive influence on her peers and her friends online and what she represents as a young, driven, talented, beautiful woman. We wouldn’t have known Lindsay if it wasn’t for Lindsea and her Facebook, so that is another point chalked in the favor of online friends, but that balance is important. “I have to give a portion of myself, I give a lot away, and it’s easy to feel like you’re left with nothing. I’m at a point where i’m working from the time I wake up, till the time I go to sleep, but i’ve reached a point where I love what i’m doing and I feel supported.”

Lindsay’s influence on the world is obvious and it will keep growing, we are sure of that. Amongst the many talents and qualities Lindsay possesses is the equilibrium she has found, with herself, her job, her travels and who she is. I think back to what I wrote on my notepad when I first met Lindsay, and i’m not sure why I wrote it then, but everything is on purpose on this planet, and I can’t think of a better diagram I could have drawn to describe her. There was a time in her life, losing her mother, her sister, her aunt, where she was so lost. There are times when she is caught up in the craziness of the industry, the traveling, the people and for a while she might feel lost but becomes found through her music, her design, her art, and her connections with people online or in the world. Her found is her inspiration from her mother, the strength of two women in one body. 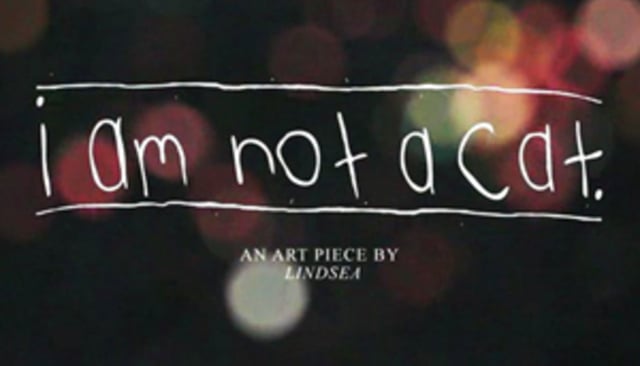 i am not a cat from Lindsay Perry on Vimeo. 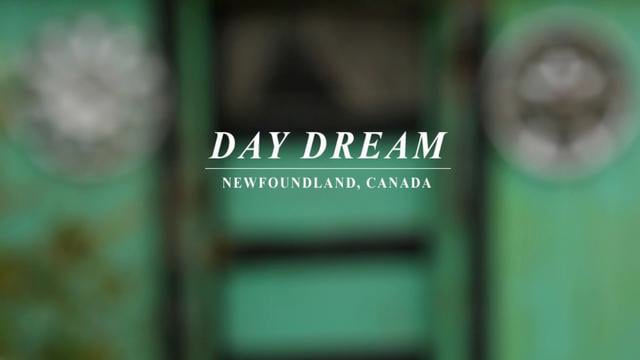