From Chicago. From The Subway. We Present Solo, we don’t know much about him, but we came across this video that was posted on The Buried Life facebook fan page by Bradley Shulman. Once you hear Solo’s flow you won’t be able to turn the video off. So real, so raw. You’ve been witnessed Solo.

Hey ain’t you tired of these rappers coming fresh up out a movie
A bunch of soulja boys Lil Wayne, a bunch of Gucci’s
If you ask me they just a whole bunch of groupies
They make a whole bunch of music,
but none of the music move me
So i’d rather stand here and rap about what’s real
I might not be signed, but I know im worth a deal
I might not have that money but my flow is worth a mill 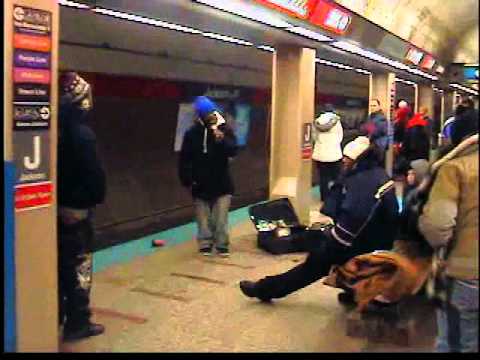