What the f*#? have I just watched?

The Chickening is a one-of-a-kind mashup homage to director Stanley Kubrick‘s most iconic movie – The Shining. It comes with so much creative force that you’ll find it hard not to be hit by it, even more so if you are a fan of the original movie as I am.

The creators call their style ‘Cinegraffiti’, referencing the use of an existing movie as digital canvas over which they would ‘paint’ new ideas – thereby creating something entirely new. With some followers, it could very well mark the beginning of a new genre in filmmaking.

Don’t be put off by the trashy comedy look. This is art disguised as parody. Enjoy.

Witness ‘The Chickening’ by CINEBALLS FILMS. 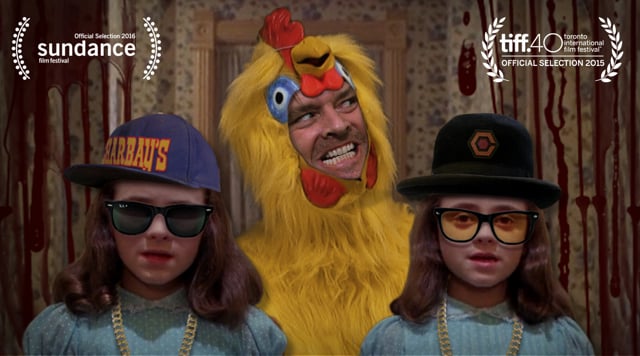