Malaika was founded by Lindsay Strieker; the name Malaika is actually Lindsay’s middle name which in Swahili means Angel. Her Swazi name, Lomave, means Little Girl of Many Countries. Together, her names represent her as an artist and are the basis of her work. Angel of Many Countries embodies the ethereal essence of her journeyed life and mixed heritage.

Lindsay was raised in the African country of Kenya and from a young age her mother said that she could see her interest in fashion and design. At two years old Lindsay already had a strong sense of what she perceived as fashion. Lindsay’s mother recalls she had chosen the perfect outfit for Lindsay to wear to the King of Swaziland’s lavish birthday party. Much to her mother’s dismay, Lindsay refused to wear the dress her mom had chosen for the occasion and insisted on wearing just her slip and red patent leather shoes to the party. She was so insistent that her parents finally had to give in and let her wear what she wanted. From that age on Lindsay always wore clothing and jewelry that resonated with her, rather than following the trends and tastes of others. Lindsay’s individuality is what sets Malaika apart and what ultimately led her to finding her true passion.

After moving to the United States and being uninspired with mainstream fashion and boring retail options, Lindsay decided to start making her own style of handbags and jewelry. In the beginning she was just creating her goods for herself and close friends. One afternoon while walking through the Meat Packing District of New York, Lindsay was approached by a woman who was so enamored by the handbag Lindsay was carrying that she ran up to her and asked where she had bought it. When Lindsay told the woman she had made it herself, she was in awe and immediately asked if Lindsay could reproduce more of these handbags. At the time Lindsay was making the bags purely as a hobby so she politely declined. The woman took out her business card telling Lindsay that she was a producer for the Oprah Winfrey Show and would showcase the handbags on the show if Lindsay were to ever make them in larger quantities. Lindsay thanked her and from that brief serendipitous encounter on a New York street corner she decided to launch the Malaika brand. At the start of Malaika, Lindsay had a few things in mind that she wanted to keep true to her brand. She had been flattered by the opportunity to showcase her handbags on the Oprah Winfrey show, but mass production was not the route she was ever willing to take. She always had a strong belief that quality was more important than quantity and being able to have creative control over every piece that bears the Malaika name was the direction she wanted to go. Lindsay’s boutique production of one-of-a-kind jewelry, handbags, blankets and home goods is run by herself and a trusted manufacturer out of Los Angeles. They have been working together from the start and both share the same vision for the brand; making quality products with the finest materials that reflect the detailed craftsmanship and love put into each piece. Lindsay followed her heart and designed what she wanted rather than tailoring her designs to what was trending at the moment. With its effortless mix of bohemia and fashion forward design, Malaika has found a niche that never goes out of style. From the beginning Lindsay drew inspiration from her first impressions of Africa, as a child marveling at the Maasai tribal women with their ornate and richly colored beaded jewelry and fabrics. Often attending rituals and ceremonies of the Maasai, Lindsay was deeply impacted by the beauty that came to life through color, patterns, textures, music and dance. Another strong influence for Malaika has been Lindsay’s love for the cinema. Baz Luhrmann is one of her favorite directors, she has been inspired by his cinematography, set design, saturated colors and music. Just as Luhrmann brings art to life on screen you can see the comparison with Lindsay’s brand; good craftsmanship like art takes an eye that draws beauty from life and interjects it into each inspired piece. Malaika is an artist’s vision; making beautiful pieces out of precious stones, rich fibers, vibrant colors and textures delicately constructed by hand and not a machine. 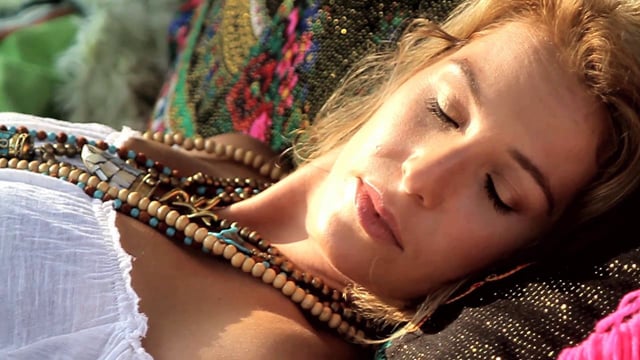 If you ever meet Lindsay in person you quickly realize that Malaika is an extension of herself. Lindsay radiates – she immediately lights up a room with her infectious smile. Lindsay’s beauty, grace and desire to stay grounded has paved the way for her brand. Malaika is and will always remain at the heart of a true artisan. Mix of the Month June 2017 — compiled by Mozaïk

Talking to Rochelle—founder of young fashion label Rocky Rafaela—is exciting, the feeling is similar to finding a musician before they go platinum, you want everyone to know about them but know that it won't be long before you're seeing them everywhere and it will no longer be your secret.