In a wonderful stroke of creative umami, it’s no surprise that ‘Gomorrah’, one of the most gritty and frighteningly authentic, dramatic TV series to come out of Italy would be set to the score of the most hauntingly mellifluous bands in Italy, Mokadelic.

Mokadelic started as ‘Moka’ back in 2000, before changing their name in 2008 to Mokadelic when their notoriety as a band began to shift it’s focus to composing emotional musical backdrops for TV & film. Listening to their first EP it’s no wonder Oscar award winner Gabriele Salvatores tapped them to score their first film, his 2008 drama, ‘Come dio Comanda’. Listening to their music on it’s own begs your mind to put your own story to it’s long melodic riffs and dramatic highs and lows. Each song taking on it’s own life and telling a story with sounds so specific words would be an unnecessary distraction from the story they are telling.

The band is comprised of Alessio Mecozzi, Cristian Marras, Alberto Broccatelli, Maurizio Mazzenga and Luca Novelli. If you can’t make it in person to experience them first hand, I highly suggest sticking this in your headphones and letting them score your next creative endeavor, nature trek, acid trip or joint by the bonfire.

The Weinstein Company recently acquired the US rights to Gomorrah, and as long as they don’t fuck it up by remaking a US version, the original Italian series should be coming to the US soon. Until then, check out some of the other great film work coming out of Italy scored by Mokadelic. “We decided to integrate images to sounds in our live sets and it turned out to be one of the coolest ideas we’ve ever had. ”

What did you expect when you guys started as a band, did you ever think you would end up composing or was that a goal from the beginning?

At the very beginning it was that we used it to express our feelings and then we understood that images were able to emphasize even more our stream of thoughts. Therefore, we decided to integrate images to sounds in our live sets and it turned out to be one of the coolest ideas we’ve ever had.

What are your future goals? More of a focus on composing or touring?

At the moment we want to focus on the composition of our next album which will continue to develop around the link between music and images. Certainly we’ll return to live performance however the concept will change so that different forms of arts will join together to create something that differs from the more traditional idea of ‘concert’.

Your first feature was with Gabriele Salvatores, how did he find you guys?

Gabriele Salvatores had the chance to listen to our album ‘Hopi’ through a friend we have in common while he was working on his movie ‘Come Dio comanda’. He found that our music was in line with what he had in mind for the soundtrack. And this is how we met. This was the beginning of Mokadelic’s journey into the composition of movie soundtracks.

Has the success of Gomorrah led to more projects for you? Whats next?

Currently we are ‘on holidays’ ☺. The next step is our album.

How do you deal with new jobs and contracts coming in, do you have a manager, lawyers, what’s the process like in Italy?

That’s a very interesting question. In Italy the process that leads to the creation of a soundtrack can be described as a ‘two-way path’. One is the artistic way, represented by the relationship between us and the director that aims to understand what the needs are, from a music perspective. The other one, looks at the bureaucratic and administrative aspect of the relationship between us and the production and it’s managed by our lawyer.

“When you play live, you have the immediate response from the audience. It’s like an adrenalin shot! After so many years of studio sessions we are really eager to go back to on stage. ”

How is your work style when you are starting a project, do you get notes from the director or do you do your own thing first? What is the process like?

It really depends. For example, when we wrote the soundtrack for Gabriele Salvatores we worked on some of the existing material that we rearranged to the story along with some new tracks of course. In the case of Gomorrah the director Stefano Sollima asked us to find new music themes. They were both very committing but with the latter we introduced electronic sounds as new component of our music.

So you guys seem pretty busy with music, but you all have other jobs is that correct? What else do you do?

Yes it’s true; music goes in parallel with our jobs, and it is to us an opportunity to express our creativity. In answer to your question in relation to our jobs, Mokadelic members are two psychologists, an anthropologist, a designer and a sound technician. What a mix ah? ☺

Do you like the balance or would you prefer for music to be of a full time job?

Very hard to say. At the beginning music was the thing we wanted to do on a full time basis, but unfortunately we had to face the Italian music reality, that does not allow your passion to be a full time job. Therefore, we had to negotiate it with the need to work, but all this had a positive outcome because we managed to do both things even though it was very challenging.

Are you still playing shows?

No, not at the moment, Gomorrah was a big commitment that took us loads of energy and time ☺.

How do live shows differ from the studio sessions for you guys, what do you prefer?

Live shows all the way! When you play live, you have the immediate response from the audience. It’s like an adrenalin shot! After so many years of studio sessions we are really eager to go back to on stage. During this time away from the live scene, we worked up our style and refined our sounds. Now we feel ready to rock the stage again with even more enthusiasm.

Listen to Mokadelic “Doomed to Live”: 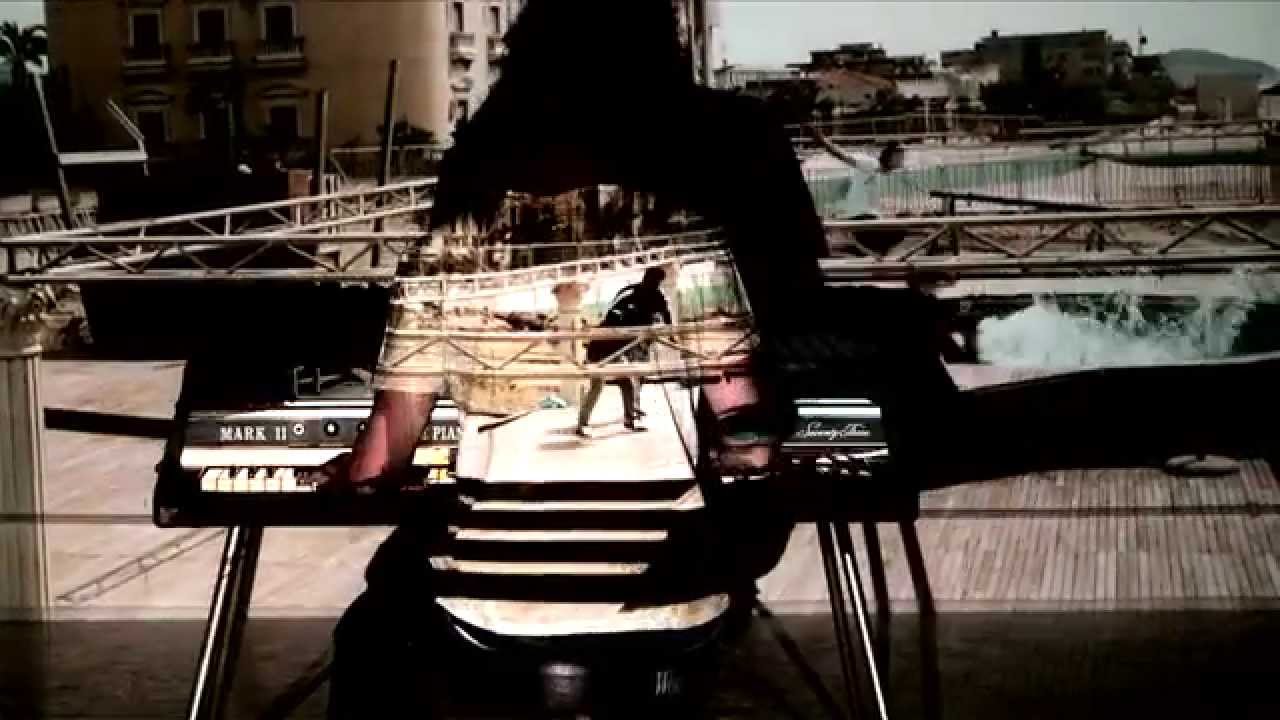 Listen to Moka’s full album, I Plan on Leaving Tomorrow: