Here at WITNESS THIS we love creative music videos. It’s an art form that has brought us pearls of entertainment. Just think about UNKLE’s ‘Rabbit In Your Headlights‘ or ‘Weapon Of Choice‘ by Fatboy Slim.

Today I found another remarkable piece. It’s the new installment for musician siska.

French filmmaker Guillaume Panariello claims he produced the “shortest shoot ever”. Shot with 80 extras along an 80 meter road strip in front of an abandoned industrial backdrop, the crew used a a Phantom flex 4k at 1000 frames per second mounted on a car driven at 50km/h. The shoot lasted only five seconds to produce the final 3’30 minute clip. (Wow, that was a lot of numbers.)

The result is a living dream-like collage and some of the ideas and characters in there are just awesome. Enjoy the clip and see the making-of footage below. 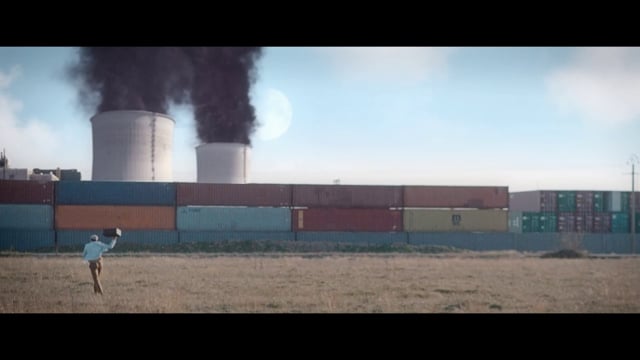 —
For another cool music video check this recent feature.
For more incredible slow-motion filmmaking this way.