Boom. It seems that precisely ONCE in a year a music video blows me away, and here we are. Gosh, the new video courtesy of Jamie xx rightfully claims the throne from Tame Impala.

Jamie xx delivers world-class on both levels—song and video. When watching Gosh note that this wonder has been shot with real actors only, no CGI or special effects involved. With that in mind, you will look at this piece differently when you see hordes of >400 actors taking over the Chinese city of Tianducheng. 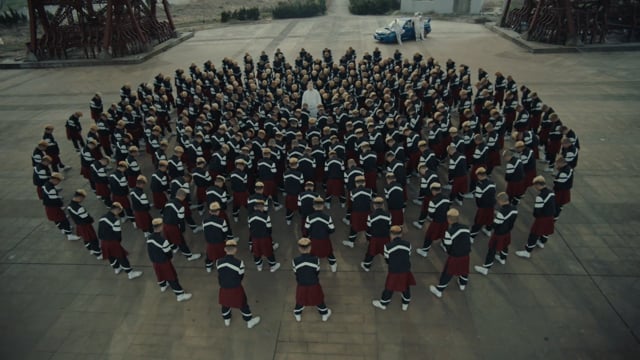 A modern ghost town nowadays, the construction of Tianducheng “began around 2007 continuing a trend in China to recreate great cities around the world” [source: Wiki]—in this case the city of Paris—including a 108-metre-tall replica of the Eiffel tower, and heaps of French architecture. Add a pumping soundtrack, and ta-daaaaaa!—perfect setting for a dystopian cult worshipping their “white” leader.

The clip is introducing Hassan Kone as the lead actor, who can be easily mistook for iconic model Shaun Ross upon first sight. The choice of cast along with the white clothing of the leaders make for a clever reference to challenge racial prejudices.

Gosh is taken from Jamie xx’s album In Colour (2015). The video for the song premiered on Apple Music.

Tame Impala's 'The Less I Know The Better' by CANADA