I distinctly remember the moment when my friend Lucius told me about his friend, Dreamer. My hair was standing up on the back of my neck as he recounted stories of how Dreamer received phone calls in the middle of the night and goes out to retrieve dead animals off the road that are hit and killed by cars. “He stayed with the animal calming it and speaking softly as it passed, before loading the animal into the back of his car.”

My first phone conversation with Rainbow Eagle Dreamer was fascinating. He was the opposite of my imagined ‘eerie backwoods vibe’ – he was kind, intelligent and well spoken. He recalled a time when a friend had called him notifying him about an animal that had recently been struck by a vehicle. Dreamer drove to the site of the accident to find the animal panicked, mortally wounded and struggling for its last breath. He stayed with the animal calming it and speaking softly as it passed, before loading the animal into the back of his car. Before leaving, as his ritual, he planted a handcrafted arrow into the ground as an offering. 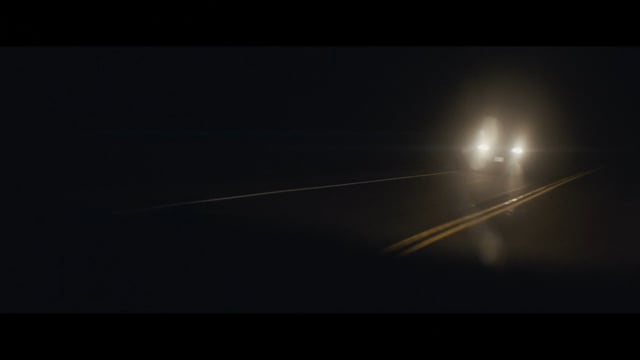 Dean Bradshaw and I decided to make the trip up to Bend, Oregon to film Dreamer’s craft. We brought way too much gear and I’m sure our two Craigslist hired PA’s hated us for it. Dreamer led the four of us to the spots where he would skin the animals. We spent a morning on a cliff’s edge, the dawn breaking 300 feet above the river, as Dreamer smoked the hide of an animal he had found.

Spending time with Dreamer transported us beyond our world in the city and we slowly shifted from the hands on the clock to the sun rising and setting in the sky. The experience affirmed my path as a storyteller and encompassed everything I’ve ever reached for in a project – being in the wilderness capturing a story, surrounded by people who inspire me. Although I couldn’t help but carry some guilt as I witnessed Dean battling the elements under the weight of giant old anamorphic lenses and a Movi that kept acting up on the edge of a massive ravine.

Our goal was to depict his work in a way that initially feels bizarre and mysterious, and then reveal his craft, rich in history and tradition. Gathering roadkill has just been legalized in Oregon after a long and controversial debate. It remains illegal to harvest roadkill in 23 states.