Sanded, shot entirely on Super 16mm film, is an incredibly beautiful short from Tar Productions showcasing the birth of a surfboard.  The imagery, music and editing fulfill the experience of this inanimate object coming to life in an almost church-like setting.  The sound of the sanding at some points even made the hair on my arms stand up and sent a tingle up my spine, simply brilliant. 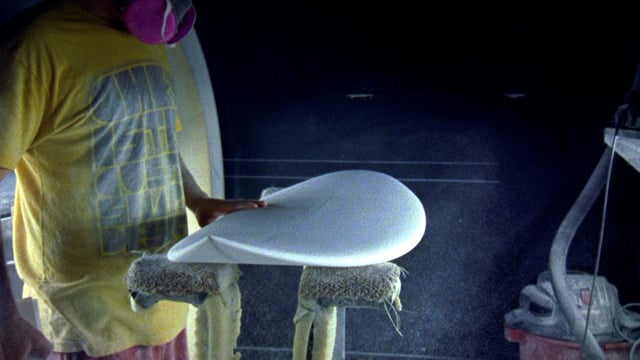 Backstory:
“It was shot on one 400′ roll of film. I had the extra film from another shoot that I didn’t want to go to waste so I called up Chemistry and was there about an hour later just following them around. No help, just me and the camera. Shot on Super 16mm.” – Tim Ryan

SANDED – the art of shaping surfboards in a modern fashion. A dramatic look at the mixture of man, machine & chemicals to make a wave riding tool that dates back to the ancient polynesians.

Shot in 1 day without any preparation, on a single 400′ roll of film at the Chemistry Surfboards factory in Oceanside, CA.

Check out our last feature of Tar Productions here.