Visual effects supervisor Julius Horsthuis is intrigued by fractal geometry. Fractals are a phenomenon of repeating mathematical patterns occurring everywhere in nature. It is also known as ‘expanding symmetry’ because it essentially means that the pattern repeats itself regardless of the scale.

Based on the passion for his little mathematical friends, Julius calls himself a ‘fractal artist’. In his stunning latest motion picture that goes by the title ‘Our Fractal Brains‘ he creates fractal landscapes that symbolize the infinite complexity of our brains. Enjoy Julius’ mathematical trip through your head below. Julius also put a kind of a poem over the visuals that we copied underneath.

Looking at the fractals seems to have some sort of effect on our brains because they seem to be void of meaning. I found it interesting to watch my own emotional reactions when exposed to them. If you want to learn more about fractals, here is a good example.

(-via The Creator’s Project-) 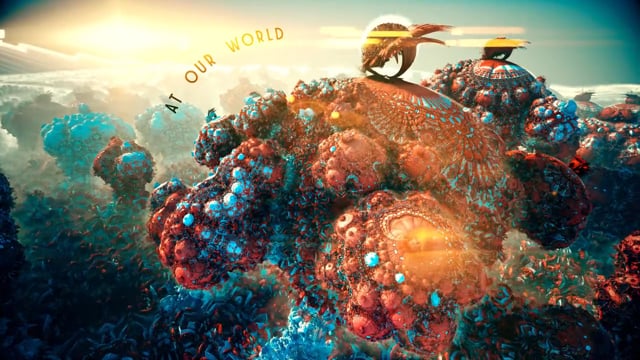 of a senseless place

as we fill it

in our Fractal Brains.”
—