Wise words from the buddhist nun Jetsunma Tenzin Palmo on the nature of true love. Read on below for some facts about this interesting woman.
(Oh, and don’t be intimidated by the Portuguese lettering in the video, she speaks in English.) 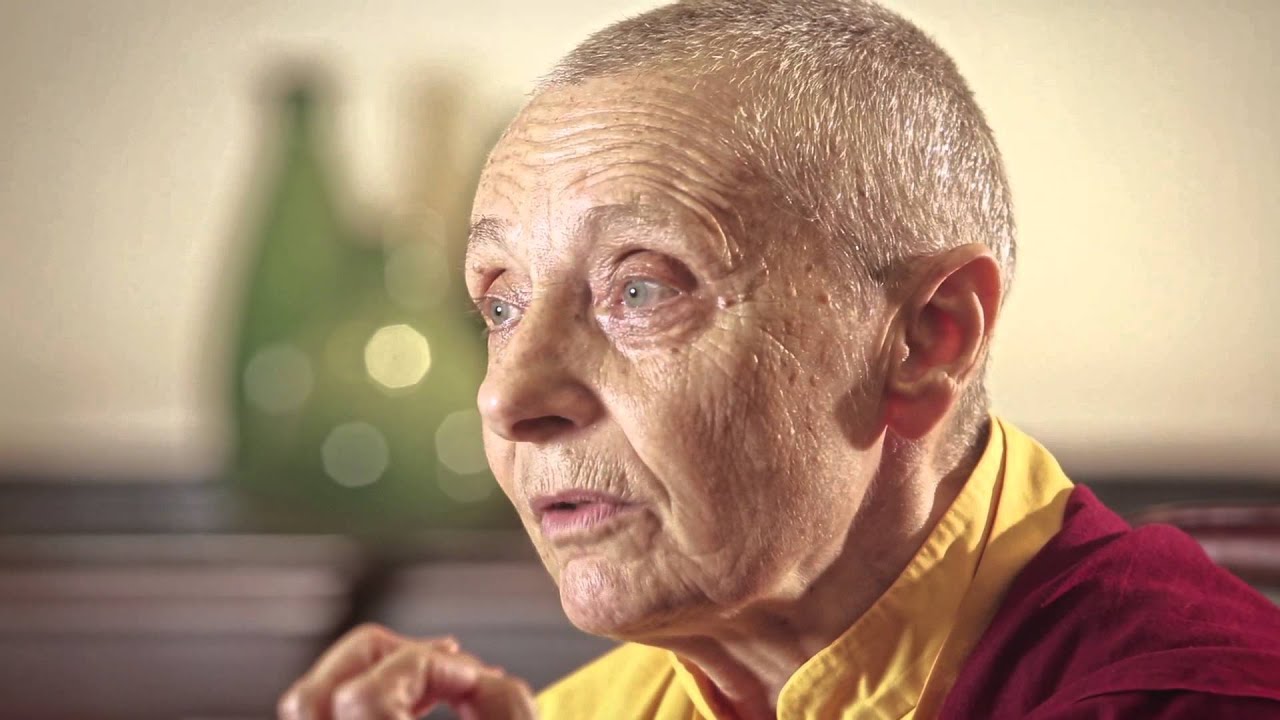 Jetsunma Tenzin Palmo was raised in London where she became Buddhist already at teen age. In 1964, age 20, she left for India to pursue her spiritual becoming. She eventually found her way to the Himalaya region. There, she would spend 12 years in a secluded cave in strict retreat. Jetsunma Tenzin Palmo is one of the first Westerners ever to be ordained as a Tibetan Buddhist nun.

‘Jetsunma’ is a title that translates into ‘Venerable Master’. This title was given to her by the 12th Gyalwang Drukpa, Head of the Drukpa Kagyu lineage in recognition of her spiritual achievements as a nun and her efforts in promoting the status of female practitioners in Tibetan Buddhism.